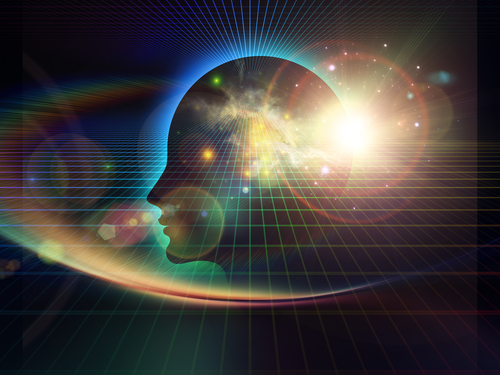 I often say to people that whilst I have never taken recreational drugs in my life I have had some experiences in meditation that I can only assume are like what some describe as having an amazing trip on drugs.

Beyond the many practical day to day benefits that meditation has given me over the years, I have also had many regular experiences in meditation that I can only describe as transcending human limitations. They have taken me beyond my human self and like anyone that has experienced these non ordinary states of consciousness, words fail to describe the experience. In fact, the way that I know if someone has experienced these non ordinary, transcendental states is if their eyes sparkle when they attempt, but fail, to put words to the experience.

I would go as far as to say that most of the work that I do today comes from insights that I gain through this non ordinary state of consciousness, and by following the guidance that comes to me through it. I am so convinced that it is through this these other states of consciousness that we will transform the world that we live in and find the answers that we seek to problems that we are trying to solve that I have started to have conversations with the organisations that I work with about how I can help their employees ‘tap into’ these states of consciousness through meditation and group work. Some think I am bonkers, some think I am exaggerating the potential benefits, and some like the idea and want to run with it.

I was delighted to recently come across a book called ‘Stealing Fire’ by Steven Kotler and Jamie Wheal which eloquently put a language to what I had been trying to explain about my own meditative experiences. It seems that science is starting to prove that not only are these states of consciousness real, and that many across the world are tapping into their potential, but also that we can tap into these states at will.

Of course, like all good things there is a potential dark side to the potential benefits and that is that man will use these abilities for selfish gain. I would like to think that we could use them for selfless gain. Indeed, in the book Steven and Jamie describe the common qualities of being in these non ordinary states as selflessness, timelessness, effortlessness, and richness. All of which transcend the limits of the human mind as we know it. The book describes the benefits of these states both in the short term and the long term. One of the ways of accessing these states is through the use of psychedelic drugs, and I am not advocating that in any way, however as I have said, I have had some pretty amazing trips through meditating alone – and that I do advocate.

Anyway, if you are interested in reaching these non ordinary states of consciousness then I highly recommend reading this book,  and I highly recommend learning to meditate. If you want to use meditation to find inner calm, and high levels of creativity then I would love to help you to do that….you know where I am!

And just in case you are in any doubt as to the potential of these states of consciousness then you will be interested to read about just how many of our inspired thought leaders and creators use these non ordinary states to come up with their genius ideas. Let’s also not forget the words of Einstein “problems are never solved at the level of consciousness that created them.”

Happy reading, and happy meditating. I for one love it when I get out of my mind and into a non ordinary state.